This article originally appeared in The Sun-Gazette on February 3, 2021 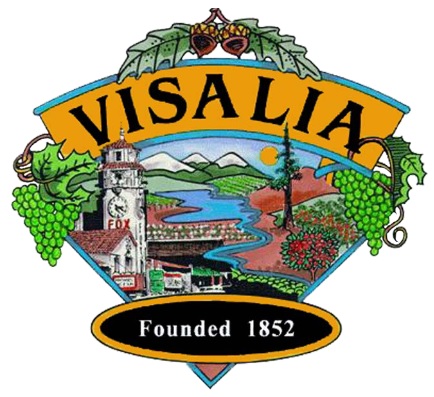 Visalia Has Agreed to One-year Contracts With Vanir, NV5 and 4Creeks to Provide On-call Assistance

The city of Visalia has agreed to one-year contracts with engineering firms NV5, Inc., 4Creeks, Inc. and Vanir Construction Management, Inc to provide on-call assistance to support the city’s locally and state funded capital improvement projects, a move approved Jan. 19 in a 5-0 vote by city council.

Citing significant staff attrition over the past few years within the city’s construction management and engineering divisions, the staff report from the Jan. 19 city council meeting said the city is hoping to backfill the voids left by departures with outsourced qualified consultants, after having limited success attempting to hire qualified individuals.

In theory, the contracts should give city staff the bandwidth to catch up on projects and permits that have fallen behind schedule due to the current staffing levels.

In his 2020 recap, city of Visalia’s Economic Development manager Devon Jones, 2020 reported over 2.4 million square feet of commercial square footage to Visalia, over double the previous year, which had been the most since 2007. Granted 1.9 million of that square footage came from two major industrial projects—the CapRock Partners project next to the UPS expansion and YS Industrial’s two buildings on Riggin Avenue—Jones said there was also 601 new single family permits pulled during a year plagued with pandemic, only 6% less than the previous year, which was also produced the most single-family permits since 2007.

“With COVID vaccinations underway and many notable projects in the queue—industrial, commercial and residential—Visalia should expect another busy year for construction in 2021,” Jones said.

According to a city staff report, this is the first time that the city of Visalia will be hiring a group of consultants to provide on-call construction management services. NV5, 4Creeks and Vanir were selected from a group of seven firms that responded to the solicitation for service in September, all of whom were interviewed, and the three were selected as a result.

Visalia-based 4Creeks, Inc. was selected having previously worked on several projects for the City of Visalia, including the design of the Tulare Avenue at Santa Fe Street Roundabout, and serving as the construction manager on the Demaree Street at Goshen Avenue intersection widening project. 4Creeks also received favorable recommendations from the City of Exeter and the City of Tulare, who indicated that 4Creeks had strong communication, kept projects on budget and schedule and performed well.

NV5, Inc., also out of Visalia, has experience working on City of Visalia projects, currently completing the Akers Street at State Route 198 widening project and serving as the construction manager for the recently started roundabout project at Tulare Avenue and Santa Fe Street.

The Fresno firm Vanir lacks recent resume experience with City of Visalia but is currently being recommended to oversee the construction of Fire Station 56 in Visalia. The city’s staff report said Vanir served as the construction manager for the new South County Detention Facility in Porterville, and was a significant factor in bringing the project from $14 million over budget to finishing under budget.

The city will fund construction management and engineering services from the three firms through:

Contracts with 4Creeks, NV5 and Vanir are not to exceed $250,000 per year and will be eligible for renewal up to an additional four consecutive years.