This article originally appeared in the Sacramento Business Journal on June 3, 2022 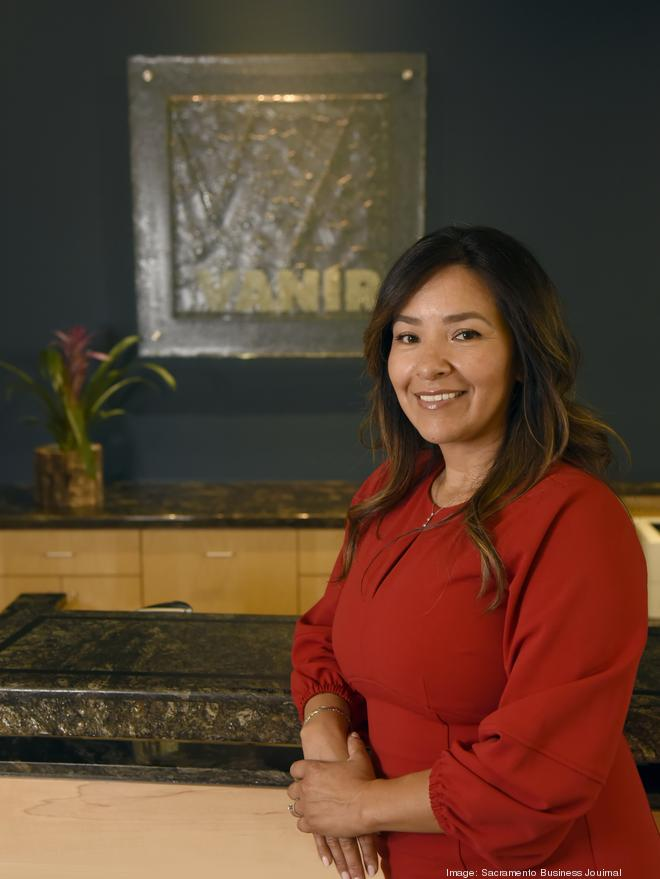 In the war for talent, as Esmeralda Peña said she’d describe the current hunt for construction employees, she’s in charge of battle strategy.

The vice president of human resources with Sacramento construction company Vanir, Peña is getting to involve herself deeply in the part of her job she likes the best: employee relations and talent acquisition.

“I believe now, moreso than ever, talent wants to have flexibility with remote work,” she said. “Also, we need to ask what’s meaningful to employees? Why would they want to work here?”

Her interest in human resources goes back to when an older sister worked as a personal assistant in the 1980s. Peña said she remembered her sister talking about benefits, company picnics and other components of the working world that were unknown to Peña, the youngest of nine with farmworker parents in Sonoma County.

“It was something I just latched on to,” she said.

But the path to where she’s at now had several twists and turns. At 16 years old, she had a daughter. While she was in college, a landlord had to accept a voucher for low-income housing for her husband and their young family to rent a duplex near classes.

After graduating high school, Peña said, she took community college classes while her daughter was at day care, and graduated with her on her hip. Interested in entrepreneurship, she gravitated toward classes in business, and got into the business program at California State University Sacramento.

“My father instilled in me, we can be anything, just get an education,” she said. In 1999, she and her husband, her high school sweetheart, moved to Sacramento and applied to live in a duplex at Ethan Way and El Camino Avenue.

A federal Housing & Urban Development program paid the rent while she attended school. But she and her husband had to talk the landlord into accepting them as tenants; at the time, they were a family of four living on $8,000 a year.

After she graduated from Sac State five years later, Peña said, she cried when the landlord told her he’d never look at a HUD tenant the same way again.

In school as well as at an internship, Peña said, she learned every aspect of human resources: benefits, labor relations, retirement, acquisition and retention. After more than a decade working human resources roles in first retail and then health care, she added a master’s degree in business management.

When Vanir came looking for someone who knew all the facets of human resources, Peña said, she saw a perfect fit with a company led by a woman from a diverse background, in another field she’d always been interested in.

Peña said her father moved into construction as a day laborer, and her husband worked in construction while she was in college.

At a construction company, she said, the employees have a number of different roles — engineers, architects, project managers — and often, very different personalities.

Steve Whitehead, Vanir’s retired president, said Peña made an effort to try to meet those different personalities and skill sets where it worked best for them.

“A lot of it is having a good ear and listening inward to really understand what you’re working for,” he said. Peña also spearheaded both incentives for existing employees and going out to high school and college campuses to find new ones, he said.

“In an HR role, having a positive outlook is important, and she did a very good job of it,” he said.

As she beats the bushes to find people in an industry with far more demand for people than supply at the moment, the strategy isn’t just about new faces in the door, Peña said. Any company can poach talent from another one, but happy employees remain where they are.

“Why not look internally and grow people within the walls of the company, use mentorship, use succession plans,” she said. “Why wait until they come and say, ‘I got an offer?'”

And the approach looking outside has to be broad, she said. Job fairs are one spot; LinkedIn profiles are another. The successful employees are the ones who seem to have a passion for what they do, Peña said; she takes pride in people with that passion knowing the company supports them.

The way many people work now, a company that understands work-life balance will be a desired place to go, she added.

While Peña helps guide the career path for others, she said, she reflects on what she would’ve told herself, before she climbed all those figurative mountains to get where she’s at now.

“What are your dreams?” she said she would’ve asked herself. “If you want to help people, do that. Build your story.

“There are no boundaries.”

Something people would be surprised to know about you: “That I was a teen mom at the age of 16 and despite this obstacle I continued my education to support my family.”

An effective business leader … “is a strong communicator and influencer. They are able to provide guidance on a range of HR issues and influence new ways of doing things to improve the organization’s operations. They communicate with ease to employees and managers, and are also able to effectively facilitate change. To be effective, they should be empathic leaders and see problems from both an employee and a customer perspective. In addition, they should align their goals and initiatives with the company and do their best to create a better working environment for all employees.”

Passion (outside of work and family): “My passion outside of work is to support the efforts to improve the quality of life for the Sacramento community and its residents, including roles as a board member of Sacramento Hispanic Chamber of Commerce and co-chair of the Latino Economic Council of Sacramento. My second passion is running marathons.”

Biggest misunderstanding about your job: “The stereotype is that HR is only there to support the company and not its employees. Despite what many employees believe, HR isn’t constantly looking for offenders to punish. My objective is to mitigate liability, whether it’s for the employer or the employee. My passion is to enable and develop employees, creating environments for people to be and do their best.”

First job – nonprofessional: “On a conveyor line for tomatoes at a small family-owned packing company, Timber Crest Farms, a farm, manufacturing and wine collective. I did not take a liking to tomatoes until my mid 30s, likely due to the memory of the unpleasant smell of tomatoes on a hot summer day.”