This article originally appeared in School Construction News on September 26, 2022 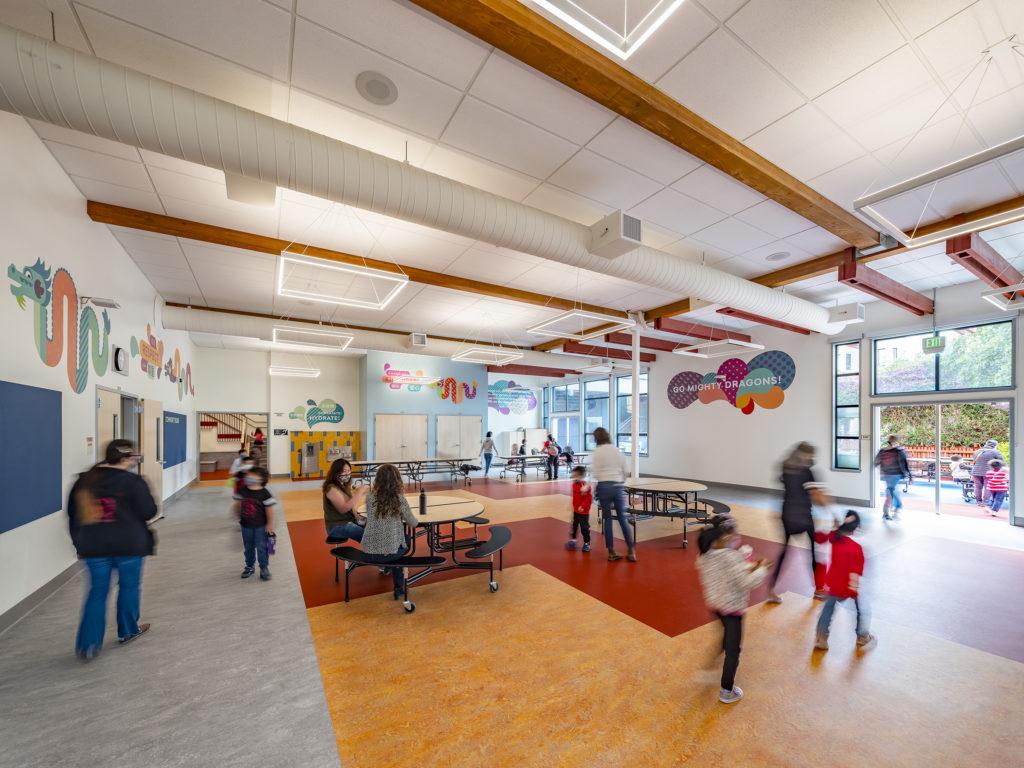 One such relationship is that between Vanir, a national leader in program, project and construction management (PMCM) and real estate development, and the San Francisco Unified School District (SFUSD), which began almost 30 years ago in 1993. Since then, Vanir has provided staff augmentation and construction management services for four programs and almost 60 projects, developing a strong bond with District representatives.

”Vanir’s team consistently follows through on promises, which the client at SFUSD really appreciates,” said Daniel Ferst, Vanir Vice President and Bay Area Manager. “We have always been proactive in our approach to managing projects and making recommendations on how to best resolve issues. We’re quick to respond and always keep our client in the loop about important matters. Over time, we have proven ourselves to be a premier PMCM services firm and the client’s trusted advocate and partner.”

Vanir is currently working with SFUSD on nine projects, part of its 2016 bond program, for a total of more than $111 million in work, affecting over 410,000 square feet. These projects include:

One project at John Swett Middle School, which was part of a 2006 bond measure, involved updating the entire interior to preserve the 117-year-old architectural features of the edifice. Vanir Program Manager Lisa McLean, who took over for Ferst in 2008, said the project was particularly difficult because of the historic nature of the building.

“We went into the inside of the building, knocked the whole thing down and dropped steel from the top into the shell of the school,” McLean said. “We were able to keep the existing architecture and construct the building from inside its historic shell.”

Another challenge that comes with working in San Francisco is site size constraints. A modernization and seismic upgrades project at Chinatown’s Gordon J. Lau Elementary School was being completed at the same time work was going on across the street at the San Francisco Chinese Hospital, as well as underground tunneling for a San Francisco Municipal Transportation Agency project. Vanir’s on-site Project Manager Inskip James took it upon himself to work with the two other project teams to coordinate material and equipment deliveries.

Prior to the onset of the COVID-19 pandemic, work was also being performed while schools were occupied and in session. While some of the larger campuses were able to bring in modular classrooms during the remodel process, many didn’t have the additional space needed, so construction had to proceed around classes and other school activities. Vanir worked with school administrators, staff, teachers and students to minimize disruptions and keep everyone safe.

Since the pandemic began, all projects have struggled with material shortages, delays and price increases. School projects have not been immune. Lumber, metal and even flooring are hard to come by or have long lead times.

Vanir’s Bay Area team has worked diligently to come up with alternative materials and different strategies to work with these delays without impacting project schedules.

“Together with the contractors, we have taken steps to order materials as soon as possible, even if we weren’t going to use them for another six or seven months.” McLean said. “We anticipated that things were either going to be very expensive or completely unavailable.”

One project that was affected significantly by supply chain issues was the $14.6-million modernization of Garfield Elementary School. Designed by Levy Design Partners, constructed by EF Brett and Company and completed in 2021, the 33,445-square-foot K-5 campus included the construction of:

Due to perceived design inefficiencies, project delays and supply chain issues, a claim was made for $600,000 in extended general conditions costs. As construction manager, Vanir analyzed the baseline schedule and performed a detailed review of the incurred costs, which allowed them to facilitate a negotiation between the District and the general contractor that reduced the claim to $200,000. This saved SFUSD money and helped avoid possible litigation upon project completion.

“One of the keys to Vanir’s success was, and continues to be, their on-site personnel,” said Maureen Shelton, Director of Construction Bond Programs for SFUSD. “Our projects were (and are) managed by individuals who understand the technical aspects of design and construction yet have an effective ability to effectively communicate with District staff and users.”

With new leadership in place, SFUSD is currently working on its next bond measure – set to go before voters in 2024. McLean looks forward to the opportunity to continue the work of modernizing and expanding schools within the District.

“I’m excited about the rebirth of the program,” McLean said. “The San Francisco Unified School District is a special place to work. We at Vanir remain committed to finding more efficient, value-based methods to deliver school projects that will continue to improve the learning environments and positively impact the lives of the more than 50,000 K-12 students the District serves each year.”